Yesterday morning, I listened to Part 31 of a 52-week meditation series in the free app, Insight Timer. Stephen Proctor is the guide and the meditation is called:

It inspired me immensely…and I wanted to be sure to share with you what I received. 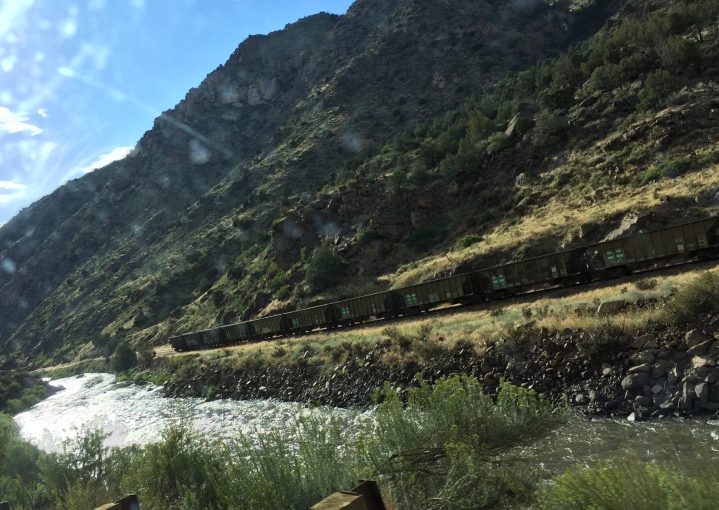 Peace is found in forgiveness.

In the midst of this meditation, I received a beautiful image. I was standing on a shore. Forgiveness appeared to me as a giant, blue-green, slow-flowing river, comprised of the collective forgivenesses of each one of us, since the beginning of time. Each time anyone had ever chosen to forgive, they had contributed to this river and I could see new ones being added one at a time, their beautiful shades of blues and greens swirling and melding with all the others, until they eventually became one…indistinguishable from each other. The river colors appeared visibly cool but the water was always warm and inviting…always easy to step into.

I could see for miles and I saw that its banks were continuously overflowing, expanding little by little onto more and more dry, thirsty land, gently inquiring and nudging more and more beings to explore its shallow waves.

It was never forceful…just gently lapping around the edges and asking those who watched on shore to consider their readiness to place their forgiveness into its waters. I observed that some were reluctant to come forward, not yet ready to let go. Then there were others that wearily, one by one, came to the edge. The river was embracing all of their words and thoughts and feelings, instructing each giver to first watch these drift away, then to enter the water to float completely unencumbered in the current of the peaceful reward of letting go.

As I saw new forgivenesses being placed in the water, I noticed the more that were added, the more the souls waiting on the shore found encouragement and strength to do the same…even the more reluctant ones began to approach.

A reunion of all separate Pasts into one single Present.

Forgiveness gives us the free choice to become a part of this timeless, nurturing, growing river, in any moment we choose.

The river also showed me:

We all belong…we all belong together. And we will find release each time we open the arms of our heart and soul to forgive, whether we are reaching for ourself or for someone else.

But choosing to forgive is never a condoning of the wrongs that have been done.

It is instead an acceptance of the truth that we can, at any time, decide to set down our attachments to those actions done to us – or those we did to others – in order to relinquish any guilt or anger or anything else that causes us to suffer.

While the Past can teach us and therefore help us to improve, carrying the extra weight of emotional burdens has the opposite effect, preventing us from moving on…and also keeping us from fully experiencing what is happening now. In essence, without Forgiveness, we allow the Past to run our life and we lose the Present, which is the only moment where we can change, grow and thrive.

We cannot have both simultaneously.

So choosing forgiveness is, ultimately, a gift that we wind up giving to ourselves: we are finally saying “Yes” to what is going on in this very moment, without limitations from the Past.

We are choosing to suffer no longer.

We are unburdening our very soul.

And in so doing, we free others to do the same.

Place whatever is holding you back, whatever is causing any suffering due to past injustice, into this river of forgiveness. Uncurl the stiffened fingers that choke your soul and widen the arms that squeeze your heart, allowing yourself to release this load…and see it begin to float slowly away.

If you feel compelled to chase and retrieve it, wait just a few more moments. Observe what happens inside you as you create a little more space between you and your attachment to what has been painfully familiar for so long. Allow this newer, lighter feeling to enter that space and take residence gently and slowly, just as the river waves expand slowly on its shores.

Notice any loosening within, no matter how small.

Know that release and freedom can have a home here in your Heart.

Then feel the water slowly begin to surround you as you accept the warm peace that is yours, through the gift of forgiveness.

To allow the current to give you a new and joyful buoyancy.

Begin to swim with Love…

For all who float and swim.

And yes, for those who wait on shore, still burdened and unsure.

Because this blessed river can hold us all.

One thought on “The River’s Gift”