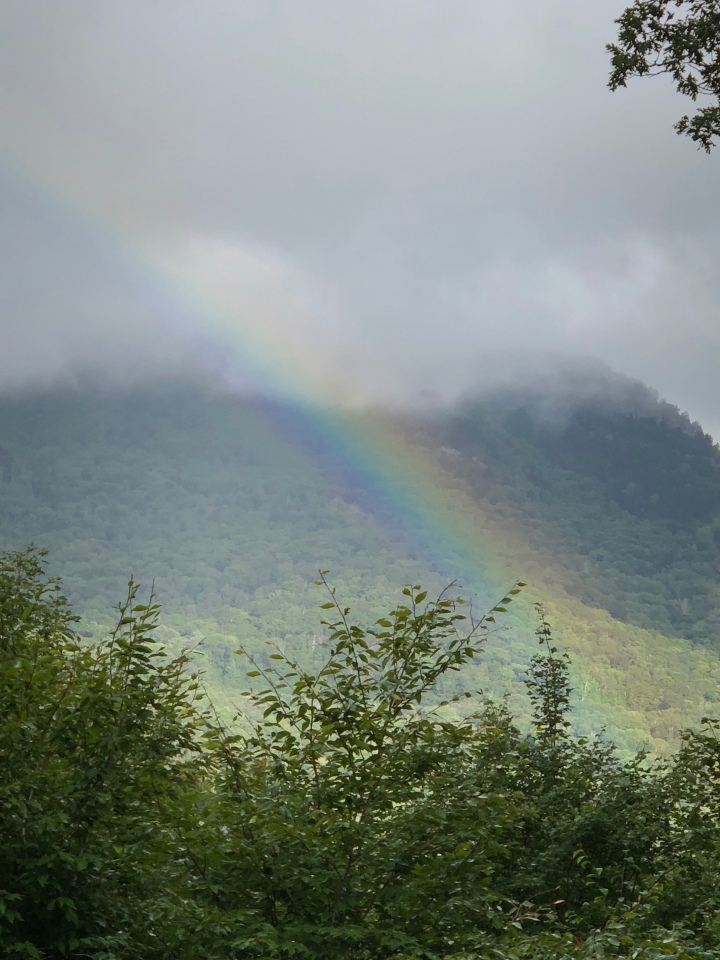 “What if pursuing this dream was a fool’s errand? I almost cancelled then and there, as fear of rejection and failure stared me in the face. But instead I sat in my living room and gathered my courage, imperfect though it was. I decided to simply go scared.”

Well, I don’t know about you but THIS quote hit me square in the heart and mind! We have all been there:

Or maybe instead, we’ve chosen to deal with it by mentally walking away, pretending something didn’t need our attention.

Two sides of the same coin:

I thought a moment about the idea of Imperfect Courage and that led me to the next level: being willing to be OKAY with it being “imperfect”. (Yep, there’s the crux of it right there! I have a hard time with going out there “unprepared”, so I talk myself into more procrastination…and many things just don’t get done.) But the idea of being okay with “imperfect”…gave me such a feeling of relief…I was floored. I wanted to experience more of that.

I actually thought to myself (with love and humor)!…

“Hey wait! You can totally do THAT!!” (Be imperfect!) LOL

To even pause, in that one moment, I could begin to change my thinking, and THAT feels like “Freedom Happening” before my eyes.

And I also realized that choosing to “go scared” is not only just for our “big ventures”: our Dreams. We can also use it to face down those “smaller” everyday thoughts and situations that arise…

To say, “I can succeed even when…or especially when…my courage is imperfect.”

When a difficult conversation looms…

When my job interview is tomorrow…

When I’m worried about the health of a loved one…

When I give a talk in front of a crowd…

These more “everyday” situations are where I can hone and build my self-trust, bolstering myself while exploring my greater Dreams too.

To be okay with whatever Courage I believe I have right in this moment….

Now that I think about it…

Maybe our courage is not really imperfect at all.

“Imperfect”, after all, is a subjective label, a judgement.

Perhaps, instead, Courage is simply a matter of action vs. inaction.

Because the only time my courage would be imperfect…

is when I choose not to use it!

Maybe our courage is not really imperfect at all:

Maybe it’s just a matter of pausing to shift my perception…again, Power is in the Pause!

Feeling fear could be viewed instead as just the lovely (albeit uncomfortable!) reminder that I am responsible.

That I am in charge (of myself). That I am not a victim of anything or anyone…

So it doesn’t matter what state we may perceive that our courage is in.

It’s not a question of “enough”.

Or leave it on the shelf.

Where is my Courage right now?

Think of a belief (or situation) that is causing you to keep your Courage on a shelf.

Take a few moments to wonder if you could be okay with your current “imperfect courage.”

Figure out where you may have stashed your Courage. Yes, we may have to search for it and yes, it may be in a dark corner, but it’s there.

See yourself remove it from the shelf; now bring it into the light.

While it may not look like “enough”…consider these thoughts:

What might be the first step you could take with this courage you see in your hands?

Could you take that one first step with this present courage?

Remember “enough” is a label, so let’s sidestep that idea briefly and ask again,

Could you take that one first step with this present courage?

You just took it off the shelf.

You are holding it.

So you’re good to go.

2 thoughts on “Courage Is…”